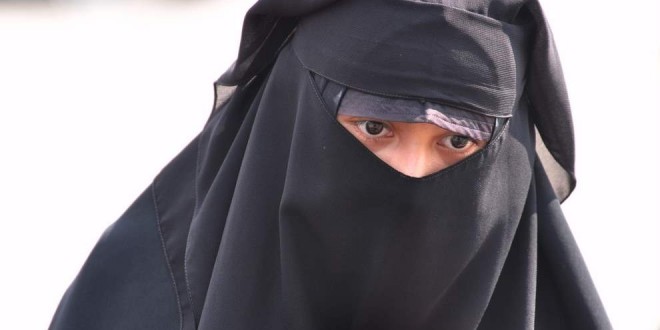 Everyday life here in Asia differs a lot from the European one – we all know that. However, we had not realized how great the differences were until we experienced them first hand. What do we learn from our peers in Indonesia and what can we teach them?

There is a great cultural chasm between us. Are we able to understand „them” and they „us”? Do they only view us as ofeys with inexhaustible financial resources or are we just other human beings for them? Do we have the right to improve their life only because it does not conform to our European standards?

We are on an island in the tropics. The rhythm of life here is set by the temperature. The higher the mercury column, the lazier the life here. Eateries are full of local people hiding from the scorching sun and killing their time with drinking iced tea. Just to survive until the evening. No-one is in any hurry, no-one hurries anyone. There is peace and time for everything.

That is the kind of life Ana, a young Indonesian from Jakarta, has dreamed about. We meet her in one of the local small restaurants. It is our first day in Indonesia, on that island, in that city, and it is rather visible that we are a little lost. Ana notices us at once and helps us order something to eat. The girls speaks perfect English with a strong American accent. We wonder where she has learned the language so well. It turns out she lived for a few years in the United States with her mother and went to school there which gave her the opportunity to master the language.

Ana summarizes her life for us: quick-paced, experiments with drugs, bad experiences, constant lack of time, pressure and the American lifestyle – it all made her so tired that she decided to come back to Indonesia. She tried her luck in Jakarta but the routine and monotony of living in the crowded capital were soon too much for her. It was then that she bought a one- way ticket to the islands of the Riau Archipelago where her father lives with his new wife and family. Still, fate was unkind to her – she could not get along with her mother-in-law. After another row she landed in a park. She was helped by street people there and she now considers them her family. In the park she met a boy as well… two months ago they got married. Ana had escaped from the altar twice but this time she felt it was a good choice. It was her husband who helped her to give up alcohol.

At first they lived in the park. Now they were renting a small room in a house at the end of the city. Everyday they come here to the park. He plays the guitar and she sings. They have enough money to pay the rent, food, and the bus home. When it is raining the whole day no- one comes to the park and they cannot earn the money by singing. They do not have enough money to go home so they sleep in the park like before.

Ana says she is happy. Finally no-one wants anything from her nor pressures her to do something. She can live as she wants. She loves and is loved and her husband supports her. It is well that she has found her way through life but we have one „but”. Something is wrong here.

Here we are sitting opposite to a smart, eloquent girl who is full of energy and has an excellent command of English, perhaps as the only person on that small island. Is singing in the park and killing the time really what she wants to be doing till the end of her life? Is that the peak of her dreams? We delicately ask about these things. Ana immediately answers that she had an offer of a job in a vacation center for the Singaporeans who come here en masse for weekends. However, she would have to stay there for the night because the center is in the north of the island, 45 kilometers from her town, and there is no public transport to that place. Her husband did not like the idea as he feared he would only see his wife once a week.

Ana could also work as a waitress in an eatery but one of her duties would be washing the dishes. Her husband does not like the idea because his wife is a graduate from a tertiary education institution and should not wash other people’s dishes. I have a malicious comment on the tip of my tongue… A red light bulb flashes in my mind: is that superficially careless life really her dream?

Awaiting the ship to Jakarta, we spend the few days chiefly in Ana’s company. She helps us with this and that, sometimes is our translator, teaches us the local habits. On a rainy, melancholy day she tells us a few stories from her current and previous life. With each story I can see more and more clearly how lost she is in spite of having a strong personality. Still, Ana continues to emphasize how happy she is and how well are things going for her now – but her eyes are sad.

One day we get a message from her: „For the whole day it was raining, we did not earn anything, we do not have money to buy food or the ticket home, we are sleeping in the park. How was your day?”

And what should we do with such a message? Is it just an ordinary piece of information or should we read between the lines? Is it just another SMS or a cry for help? To be honest, I am simply pissed and feel like telling Ana my true feelings on the whole situation! Stop! Maybe I am the one who is wrong? Perhaps such a life, from day to day, is more meaningful?

Hunting for a well paid job, three weeks of holidays a year, saving money for old age, climbing the steps of the career ladder – maybe that is insanely absurd? Here, one degree from the equator, the whole western world seems ridiculously empty and meaningless. All ambitions melt away in the 35 degree heat. Here people do not think what will happen in 10 or 20 years. Tomorrow a downpour can destroy the house and perhaps a tsunami will wash everything away, or maybe a severe drought will come and there will be no pineapple harvest.

Secondly, really, what should I tell her? Perhaps I should tell her off, or offend her husband, bamboozle her, talk her into a revolt, and then pack my bags and leave for Jakarta on the nearest ship?

Our worlds differ and the chasm seems too deep to overcome. Any comparisons are out of place. It is probably better to accept what we see as it is and not to judge according to our standards. The cultural difference prevents us from understanding many things but we can observe them. We are lucky enough to be able to touch that other world and have a little bit of it to ourselves.

P. S. A week later, when we have already reached Java in Bandung, we receive a message in the morning: „How are you doing? I’m just going to a beauty salon… I got a job there :)” Guess who sent it.