At the gates of hell – Quetta, Balochistan

Pakistan is a special country on our route. It was giving us a headache from the very beginning when we decided to go on the journey: the kidnapping of a Polish engineer, then a series of terrorist attacks, the execution of the Pole, closed Iran – Pakistan border, and finally problems with visas to Pakistan. All voices of reason admonished us not to go there. At home or among acquaintances the word „Pakistan” was not pronounced because it caused a knee-jerk angry reaction in us. We knew one thing: if we managed to cross Balochistan safely, it would have to be extreme bad luck for us to get into a dangerous situation. Thus, on we went. We entered Pakistan.

For the last few days in Iran, as we were the border, we felt a thrill on thinking about Pakistan as we were nearing the Iran – Pakistan border. Still in Zahedan we checked the situation in Balochistan. It was peaceful. We left Amir’s house at about 07:00 AM so as to manage to catch a shared taxi to the border and arrive there right when it was opening. We got into the car, said goodbye to Amir and set off toward the border. Only the third check-point on the way realized that whites were on board and we were given security – a policeman with a baton! Laughable, but at least it was a bit funnier. It turned out that the policeman was from our favorite Isfahan and that we had lived next to his street :). The road was full of military patrols, from time to time we encountered barbed wire barriers and police stations. We had never relished such environs so adrenaline levels rose even higher.

We got to the border. On the Iranian side everything went smoothly and pleasantly, goodbye Islamic Republic of Iran. On the Pakistani border it was even faster and more smooth as people here finally spoke English. We were accosted by scalpers offering currency exchange at some draconian rate. We started bargaining until an argument broke out when other Pakistanis noticed that the scalpers wanted to rip us off. The agitation was unnecessary but, unexpectedly, resulted in a decent business deal later on. We ignored all the scalpers and went to look for transport to Quetta. We quickly found the right bus but the ticket price was outrageous again. F…k that! What was going on? Higher prices for the whites – reminiscent of Indian habits. Suddenly one of the scalpers materialized behind us. He knew we would need money. The business was simple – he would buy us two tickets at a normal price and we would change money with him at a compromise rate. It was a happy medium and in no time at we were all sitting on the bus to Quetta. One bus a day in the timetable, over 10 hours of travel over the arid land of Baluchistan, and all that not far from the Afghan border. We were sweltering in the heat. Before the journey I had bought two soups in a roadside kitchen.

Alice could not be convinced of the potential specialness of the meals so I ate them myself – she was right :).

We went on and on. After two hours there was a toilet beak in some obscure location. Only men were walking the streets. They were all dressed alike – in a shalwar kameez. On our first contact with the culture we, the people conditioned by the western media, feel a bit uncomfortable. After all, according to our western mindset, any of these men could be a Talib, a terrorist, or the devil knows who. We go on. After a while a shout comes from the front of the bus. Conversations stop, everybody freezes, the bus accelerates until it reaches some incredible speed which, in combination with the road full of holes, makes the whole back of the bus jump to the rhythm of the heels hitting the holes. Looking through the windows we see mountains appearing on both sides. Were we on some section of the road liable to kidnappers’ attacks? The atmosphere in the bus did not relax until the next check-point at which we had to register again, supposedly for our own good. Looking into the books I checked the dates – that week there had been no whites on the road, the previous week there had been two. It was a bit too few for the main Iran – Pakistan road. Probably, the more reasonable travelers flew from Shiraz to Islamabad.

After about an hour we regained much speed but that time we started to jump really hard. I jumped off the seat three times. After another hour our bellies and heads were aching. We felt as if our brains were moving inside our skulls, to say nothing about stomachs. When we arrived at Quetta we were half alive and, in all honesty, I slowly began to forget the terrorists and kidnappings. However, when the bus stopped at the place we understood to be our destination, we had to re-focus. It was some dirty square fenced with a wall, poorly lit, full of casual people waiting for something or someone – all those elements added up to create a strange atmosphere. We looked around for someone who would be looking for us or calling us, that is, our host. There was no such person. Therefore, we dragged our baggage from the roof of the bus and started to dust them when a guy dressed in a white shalwar kamiz approached us. „Alice?” he asked. We sighed with relief. As it turned out, the man was only our host’s acquaintance and the host was waiting for us in his car, with his kids. And as the bus was late the kids had already fallen asleep – it was almost 11:00 PM. Exhausted, hungry, and sleepy we were glad to go to our host’s house. We were in Quetta – a half of Balochistan was behind us.

The next day we went with our host to the customs border – he was the boss of the customs office on the Pakistan – Afghanistan border. We drove to the building where, as it turned out later, our white car was closely observed by invisible intelligence agents. Two whites in a customs office – what was going on? Our host did not, admittedly, have much work to do, and he was sorely bored but I was not. I was pleased to watch Afghans exporting grapes (they were the sweetest grapes we had eaten in our lives). Formalities, forms, pretty colorful trucks and, somewhere in the distance, Afghanistan. It was all somehow incredibly unbelievable to me. We were in the mouth of the media-created lion and we observe colorful trucks. Quetta is famous for its unstable situation, not only because of Talibs, plenty of whom live in the city, but also because of the Balochs’ (native inhabitants of Balochistan) conflicts with the army and the Pakistani government. Unfortunately, a few days earlier a Baloch had been killed so the city was simmering. From time to time insurgencies broke out or bombs exploded there. Gunfights during the day did not surprise anyone anymore. One only had to know where to go and where not to go. We did not but we had our guide and host who was very careful and helpful.

The stay at the customs office also resulted in numerous interesting conversations with its employees. Naturally, we mostly talked about Afghanistan and the war on terrorism. The guys are ostentatiously on the side of the government and fight the contraband of all kinds of drugs produced in Pakistan but, on the other hand, they do understand the Afghans. The life of those people had been intertwined with war and invasions of foreign armies for tens of years and they frequently do not have any relatives left. The killing of an American or kidnapping one for ransom had become the aim of their lives which had lost sense a long time before. It was there that I understood the mechanism. The Pakistanis from Balochistan claimed that the war in Afghanistan was being fueled by someone and that they had heard about new transports of military equipment by means of helicopters which were landing somewhere not far from the Afghan border, in small villages and settlements. Someone must have wanted the war to continue and destabilize the situation in the region. Later conversations with the Pakistanis confirmed that theory. Perhaps on another occasion we would learn more about it. Time would tell.

In the evening we dropped by our host’s acquaintance, the one we had met at the „station”. As it turned out, he was working for NATO Forces, which he did not advertise since, as he put it, the execution would come only too soon. No-one likes NATO there and somehow I am not surprised at it. The second employer, the official one, is UN. The man distributes help to Afghan refugees in Pakistan. He let on that we were being observed by their intelligence service which had informed him about two whites, aged about 30, who came „to the customs” in a white car. He knew who was meant by that because he had met us the day before, and he ordered that we be watched over, just in case. We were more than surprised at it because we had not noticed anything of the kind. The greenhorns that we were ;)

The conversation spontaneously veered round to the war in Afghanistan, the more so that a moment ago our host for the evening had received, by e-mail, photographs of the last Talibs’ action near Quetta. The whole convoy of 35 NATO trucks going from Karachi, a seaport in the south of the country, to a basis in the Afghan Kandahar, had been blown up. The cars on fire were a shocking view. A report had to be made and sent to the Pakistani seat of NATO in Islamabad. In the meantime, our host was called by his buddy who also knew about our stay in Quetta. Unfortunately, the information he gave was devastating – a few days earlier a German tourist had been kidnapped in Balochistan. That added fuel to our gloomy visualizations. As soon as we got to the computer we started to look for a confirmation of that piece of information in the Internet but we could not find any. Our acquaintances working in Polish newspapers were also of no help. Probably, getting the piece of information only worked the wrong way because it stirred our imagination unhealthily. The ticket for the morning train to Lahore had already been bought so there was nothing left to do but follow our plan and leave Balochistan for Pakistani Punjab which borders India. Everything went according to the plan. We managed to cross Balochistan and reach Lahore which, for me, is more Indian than Pakistani. Even though we did not experience anything unpleasant ourselves we still felt things were on the alert there was tension in the atmosphere because sometimes it is hard to fall asleep hearing the machine guns firing in the distance. We are a little unused to that…

So, our overall impressions from the stay in Quetta and the crossing of Balochistan are not positive, because how could they be if life there revolves around the war in Afghanistan and the Talibs. We have decidedly better remembrances of our host’s family, and especially his daughters who were taught Polish by Alice! :) 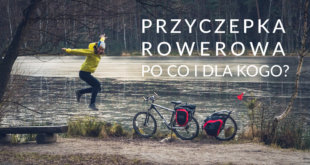