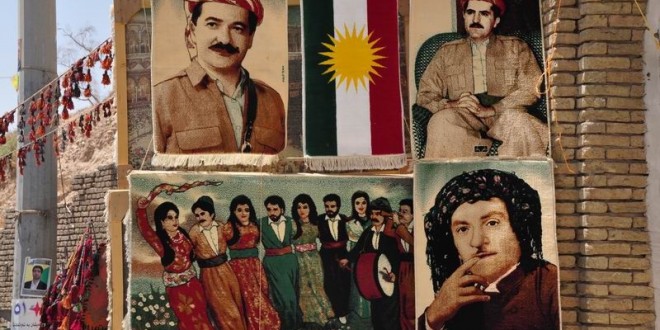 Sulaymaniyah and the pre-election atmosphere

We came to the city of Sulaymaniyah chiefly to see what it looks like on the eve of the presidential and parliamentary elections in Iraqi Kurdistan. The observations could be quite casual were it not for the fact that Sulaymaniyah is the mainstay of the large party which is in opposition to the ruling one. The uniqueness of the political reality in the city far exceeded our expectations.

Until recently, Sulaymaniyah was the center of Iraqi Kurdistan. In addition to that, it was the greatest city of Kurdistan, however, as Erbil was situated in the center of the region, that city became the capital of Iraqi Kurdistan and Sulaymaniyah was eclipsed. Nevertheless, Sulaymaniyah is the headquarters of the opposition party, Goran, which was founded by the owner of independent television, press, and Internet portals. That makes the Goran party a true opposition party in a truly democratic – one would want to say a country but as it is not a country yet we still have to say – region.

Setting aside the issue of nomenclature, Iraqi Kurdistan is a rarity in the whole Middle East, because nowhere in that troubled area is true democracy better developed than in norther Iraq.

Almost everywhere on the streets of Sulaymaniyah one can see violet and blue banners and posters agitating for the Goran party. In no other part of Kurdistan were they so visible. For example, central Kurdistan and the city of Erbil are the mainstay of the coalition of the parties of Barzani (the President of Iraqi Kurdistan) and Talabani (the President of Iraq). The northern part of Iraqi Kurdistan, that is, Akre, Dohuk, and Zakho, is divided between Goran and the ruling party, with perhaps a slight leaning toward the Barzani-Talabani coalition.

We were quite knowledgeable about the current political situation because two days before we had witnessed the huge political rally on the stadium in Erbil.

About 60 000 people came to the meeting with President Barzani. Thanks to a couple of friends we were able to get to the very heart of the rally, more exactly, we got to the press area with virtually no restrictions. Before the rally we had pondered for a while – what if something exploded? The stadium, with the President and the ruling elite, would be a sure target for such an action. It was very hot and the tension was tangible.

Fortunately, nothing happened, and we finally calmed down completely when we saw the President of Kurdistan, Massoud Barzani, on the stadium. There were moments when we were only 5 meters away from him. His coming to the stadium meant it was a safety-checked area. Kurds cannot afford a terrorist attack. Kurdistan aspires to the name of an oasis of peace in the Middle East, and it is becoming one.

All right, so much for politics… Slowly, we are leaving Iraqi Kurdistan, so there will be much less talk about it. Maybe one more text about how one can get into Iraqi Kurdistan and how to travel around it. That will be the subject of the next episode.